Reagan Murdock
Mitsuki Akika (鑑香 水月 Akika Mitsuki) is a 3rd year, class C student, and the Singing Club president. He created the singing club and recruited its first members. He's an inquisitive person who others have a difficult time pinning down. Outside of club activities, he often plays with the PC. He has one older brother, and he runs an app development company with his brother, and he collects information in the school in secret.

Mitsuki has long, light brown hair and teal colored eyes. Mitsuki wears a dark blue uniform that is buttoned in the middle along with a blue tie. white undershirt, dark blue pants, and dark purple shoes.

Despite Mitsuki's mysterious aura, he is generally a nice, reliable and responsible guy, but he can be very scary when angered. Even Ryo, a near delinquent, is afraid of him and can't say no to Mitsuki.

He believes that the president's orders are absolute.

Mitsuki is on his phone as he takes the bus to school. During a break at school he is sipping tea in the cafeteria and discusses the white wall with Washiho. Mitsuki has found the conduit to the ninth ward that he was looking for.

Coming across sensei thinking aloud on a staircase, Mitsuki bows and heads on his way without another word. In the music club he supports the aim to have Saku join and leaves it for Satsuma and Ryo to handle.

He has urgent news for Washiho

Washiho is one of Tensho Schools' faculty members, who Mitsuki discusses to about things like the White Wall and the Seventh Ward in general. They are close enough for eachother to be on a first-name basis. When speaking to Keishi about Washiho, he agrees that Washiho doesn't seem much of a faculty member at all.

Keishi and Mitsuki are very close friends, with Mitsuki the only person that's seen regularly in contact with him. Mitsuki trusts Keishi's input on things, such as Tensho, and listens to what he has to say, even he doesn't completely understand what's going on. He also worries about Keishi's hikikomori lifestyle, saying that it would be nice for him to see other people's faces. 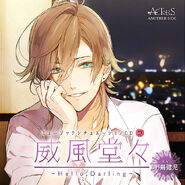 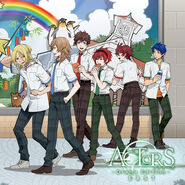 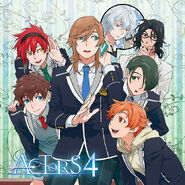